The Saintbury Trust was set up in January 1985 by Chris Bryant and his wife Jean.

Chris was the chairman of Bryant Homes, a company started as C Bryant & Son by his grandfather, Chris Bryant Senior.

Chris Bryant Senior came from Bradford on Avon to Birmingham to work on the extension to Snowhill Station. 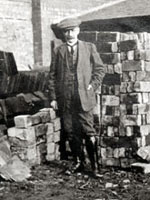 Birmingham was growing rapidly and he started a successful house-building business.

Later – in 1910 – he started a chain of cinemas which showed the first silent films. His son, Eb, took over the business in 1928 and showed ability and flair; under his leadership the company continued to grow and succeed.

After the Second World War the company played an important role in the reconstruction of Birmingham both in civil engineering projects and in building new council houses to replace the slums. 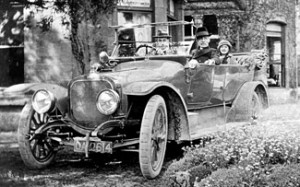 “Grandson” Chris became managing director of the company in 1952 on the death of his father, Eb.  He floated the company in 1962, gradually moving the emphasis away from a Birmingham-based civil engineering and housing company to a national house-builder (“Bryant Homes”) .

Chris retired from the company in 1992 and in 2001 it was taken over by Taylor Woodrow which subsequently became part of the Taylor Wimpey Group. 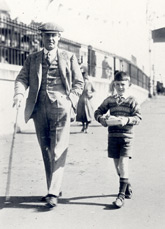 Bryant Homes was highly successful and that success enabled Chris and Jean to set up this trust to help others.

Chris served as Treasurer of the YMCA, was active in his local church and was also a long-term member of Birmingham Rotary Club (achieving his 50-year membership certificate). Jean had a special interest in Riding for the Disabled.  These interests are reflected in some of the charities that the Saintbury Trust continues to support.